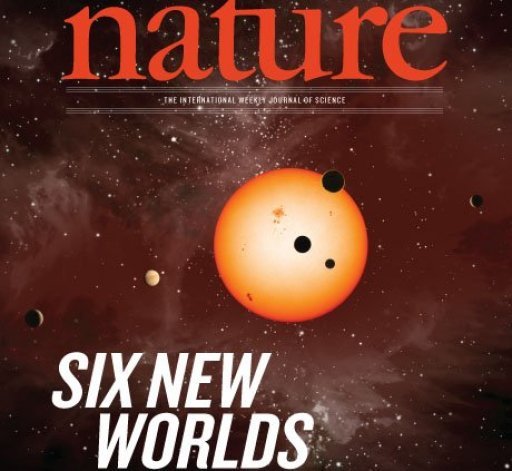 “How many of you read the main Nature article?” Dan Fabrycky asked this morning. He’s a charismatic speaker and one of the lead authors on the scientific paper that announced the discovery of Kepler-11, a six-planet star system, splashed on the cover of Nature the first week of this past February. Hands went up all around the dim lecture hall, many of them belonging to scientists who study astronomy and exoplanets for a living.

“And how many of you read and understood all of the supplemental materials?” he continued, referring to the paper’s appendices in which the nitty-gritty, mathematical details of the techniques used to discover and analyze them were outlined.

Only a handful of…well, hands, stood above a sea of silent scientists. “A few of the co-authors,” Fabrycky dryly noted, and the audience roared with laughter.

These are strange and exciting times for astronomers studying exoplanets. As an outside observer, it’s thrilling to watch, for the tools they’re bringing to bear on Kepler’s data are not tried-and-true algorithms that can be dug up out of textbooks like numerical recipes. Nor are they techniques that scientists have learned to do as students and perfected and polished throughout their careers until they’re like second nature. Instead, we have the pleasure of watching scientists in the prime of their careers doing brilliant work and writing the textbook on these techniques as they invent them—literally. No, really, I mean, literally. Here it is:

Published only last December, it’s a collaborative effort from the elite group of planet hunters to bring their techniques to the scientific masses. Remarkably, it sells for a mere $26 at Amazon, a price point subsidized by NASA in an attempt to get the book into the hands of as many students—and scientists—as possible.

The point is that this is a fast-moving field, and even professional astronomers are unfamiliar with many of its newly-minted tools. Fabrycky sensed this and told the crowd that his goal in his talk was to “get you feeling comfortable with these techniques”.

The specific technique Fabrycky was referring to in this morning’s session on the architecture of exoplanetary systems at AAS—and one of the buzzphrases for the entire conference—was “transit timing variations“, or TTVs, a phenomenon that arises in multiplanet systems.

In a single planet system, the only bodies we have to consider are the planet and the star, bound together by their gravitational forces. This is what astronomers call a “two body problem” and it is a relatively simple one—the planet sweeps around the star free from any disturbances and any transits are detected with clockwork regularity.

But in a multiplanet system, we have to contend not only with the force of the star on each of the planets, but all of the forces of the planets on each other. To make matters worse, each of these forces will vary depending on how close any given pair of planets is to each other and how massive each of the planets are. This quickly becomes an incredibly complex problem, and the timing between each transit begins to vary for each planet as they all tug on one another.

How large are these TTVs? Well, for the planet Kepler-11c, which has an average period of 13 days, the Kepler team observed variations from this period as large as 18 minutes.

By building up months’ worth of these TTVs for all six of the planets, they were able to begin to generate random model solar systems with planets of varying masses and orbits and calculate the TTVs for them, narrowing it down until they found a configuration that best matches the observed TTVs.

…and come away with this: 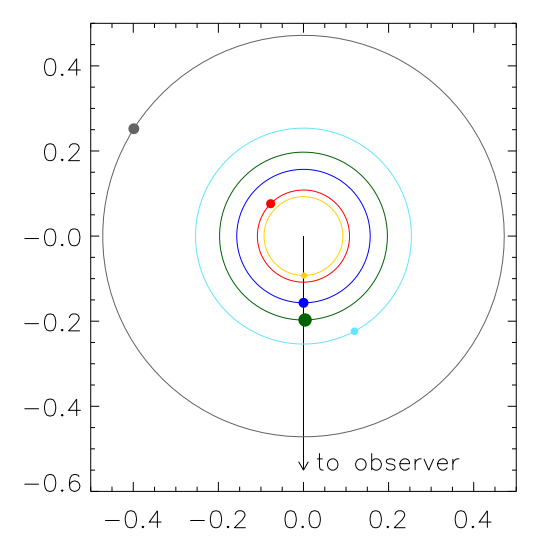 —a complete picture of the orbital configurations of each of the satellites, plus each planet’s mass. This allows us to determine the composition as well, giving us the power to recognize planets as rocky and potentially habitable. As the Bad Astronomer would say, Holy Haleakala!

This is an incredibly powerful and clever technique that David Latham, the leader of the team that discovered the first ever exoplanet candidate in 1989 using the older radial velocity technique, referred to as “the future” of exoplanet studies. It will be particularly useful since so many of the systems that Kepler is finding—about one-third—have proven to be multiplanet systems. It also gives scientists another tool to move planet detections from the “candidates” column ever closer to the “confirmed” column. “I’m supposed to say that they are planet candidates,” Latham began his talk, “but…almost all will be planets”—a pretty striking show of confidence.

But wait, there’s more! Not only can TTVs tell us all of this about the transit planets Kepler detects, but it can alert us to the presence of other non-transiting planets in the system! While they might not cross the disc of the star from our perspective, they exert gravitational forces on the rest of the planets just the same, and their influence will appear in the TTVs of the transiting planets. As Harvard-Smithsonian astronomer Darin Ragozzine so eloquently put it, multiplanet systems are “information rich” and “wicked awesome.” (“Welcome to Boston,” he told the crowd.)

For me, it was yet another fascinating session of talks from the Kepler team. In fact, there has been a Kepler or exoplanets session included in every possible time slot over the first two days—an indication of just how much excitement and science it has generated.

But Kepler is far from the only show in town. I would be remiss to ignore the rest of the awesome work and ideas I’ve seen presented and debated here, including topics in education and outreach, climate change, galaxies, and so much more! I hope to cover some of those in a post tomorrow (I’ll be working the press office all day and won’t get to see many talks, anyway).